Why Its Hard to Be an African American in Craft 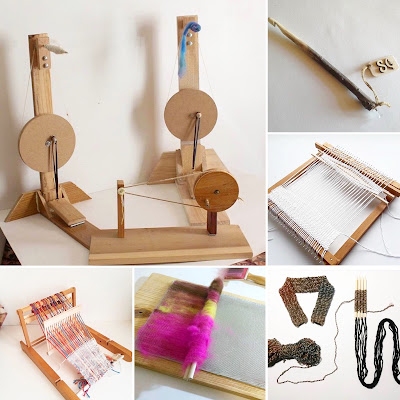 When I was a child I was told, very harshly, that “No one will ever pay a little black girl to be a designer or artist.” This statement cut me deeply and I never understood how gangster my job was until I started to fetch a fair wage for it. It wasn’t until I dug deep into my own American history that I truly understood why my knitting needles struck more fear into the hearts of people than watching Kaepernick take a knee.

The History of the American Slave Crafts Person

When we think of African slaves in America, we often think of plantation cotton pickers and housemaids but they were also very skilled craftspeople who were worth more on the auction block once they arrived in America. Skilled weavers, spinners, and basket makers didn’t need training and could earn their owners more money for the goods they made but let’s give this story more context. Slaves, before arrival, were stripped of all native clothing, jewelry, and possessions. This was mainly done so they wouldn’t kill themselves on the journey but also to “civilize” them. When slaves were sold to there masters, they were allowed to make European crafts for the benefit of their owners and had to fill quotas or be punished. Some owners allowed slaves to make their native crafts but items like drums were usually not allowed out of fear that those items would be used in a slave revolt. A clever slave would do a good job for their master then use their craftsmen skills to make a more comfortable life for themselves and their families while living in enslavement. This was tricky because they were not allowed to create a life above their social stations.

You’re Free, But Not Free to Be Better Than Me

Hooray! The American slave was freed after the Civil War. Those who didn’t want to stay with their former masters set off to create black towns. Skilled African Craftsmen built lives for themselves and their families. They even became very wealthy doing so. African Americans played by the new rules, provided services to their respective communities, and became respected members of African American society. Sprinkle a little jealously, add a few well-placed lies, next thing you know you have the recipe for mass murder! Black towns were burned, laws were made, and African Americans could not legally benefit from the skills they possessed. Skills that survived the harsh journey from Africa to America.

Dr. King, Malcolm X, and many others are murdered for the rights of African Americans. America turns a corner and African Americans are allowed to create freely but African Americans in all crafts (music, dance, and fine art) are not published in the mainstream American media. African Americans became the most-wealthy if they only created art that served black customers only and this holds true in America to this very day. Rap, Hip Hop, and Graffiti Art wasn’t even awarded any merit or awards until it was adopted “some might say stolen” by the global art scene.

Some African Americans like myself have learned how to exist in the American art scene by using clever European art styles to hide cultural messages about my community to avoid exploitation and to protect my community from further raping. By masking my work in European craft forms, I can talk about female body images and cultural differences without offending the majority cultural group. In fact, being accepted by the majority offends all global groups and that’s the intent. Going back to slavery, the perception was that a slave craftsperson had an easier life. This made the slave hated by both their owners and other slaves because it gave them a higher social status.

So, as you can see, being an African American Crafts Person in America will never be an easy road. African Americans were brought to this country in servitude. The crafts they possessed and the skills that made those crafts were taking from them and only through bloodshed were they allowed to create in the country that stole them.

If you want to know a little more about the history of slavery and crafts in America please look into the works of Charles Ball, ‘Fifty Years in Chains’ and ‘The Life of an American Slave’. And you can also look into the work of African American artist Samella Lewis who like me, also took a fellowship to study culture in Taiwan. 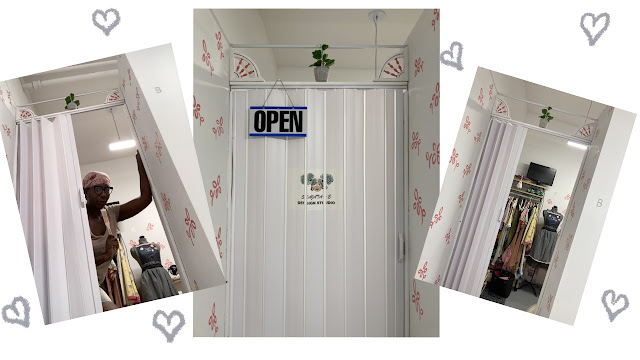 Studio Redesign and Our Spring Collection

Summer was eventful, to say the least. It's the time of year where we are working to develop green spaces for our community members, growing food and natural dyes. It's also the time I spend thinking of new designs for the holiday season. I also realized a new retail studio design was needed for the upcoming year. (Picture 1: Painting my entryway) I really wanted to design a space that felt like the company brand to film tutorials here. It also needs to serve as a retail exhibit for my customers and clients. (Picture 2: A peek inside the front of the studio) The redesign won't be finished until November. I really can't wait to show you all the improvements with the space.  This is also the time of year when we are finishing the Spring Designs for 2022.  (Picture 3: A sneak peek into Spring 2022 Collection) This year felt like a lot of hard work, but we are pulling through. We have a book coming out in Winter 2022 and so many other projects that we have to finish befor 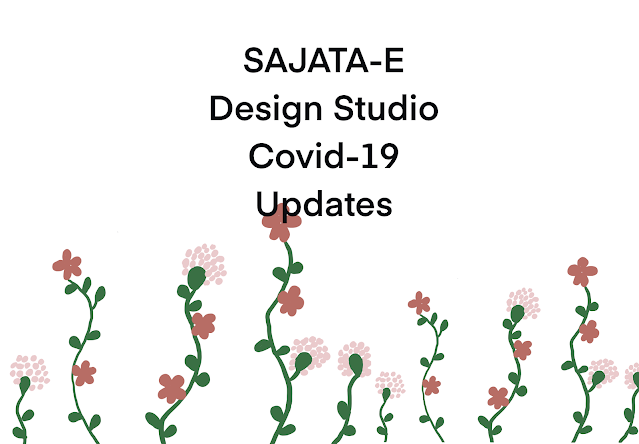 Hello My Creative Thinkers, Good News, due to the changes in the Covid-19 restrictions in New York City, SAJATA-E Design Studios can finally re-open for in-store shopping. We are located in the Kreate Hub building at 15 Canal Place, and our retail studio is #204C. As we stock up on our spring items, you can come into our studio and purchase some of our Winter products. Please make an appointment for studio shopping. We are still checking temperatures at the door due to Covid-19. Thank you so much for all your support over the years. 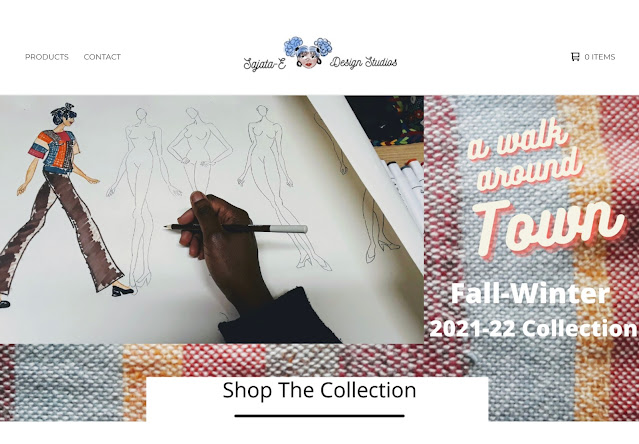 Hello My Creative Thinkers, This has been an amazing year for the company and the studio. We have produced so much work that we are truly proud of. We have re-designed the studio's online shop to end the year on a good note.   The new shop has some cool new features available to our customers. Brand new Fall-Winter 21/22 collections that's made to order. Updated return shipping and FREE United Stated region shipping options. Subscription service providing the insider scoop on brand new products, services, and shopping codes. Please Visit:  shop.sajatae.com   Thank you all for supporting this company for so many years. It has been a pleasure serving you. May you all have a wonderful and fruitful New Year.